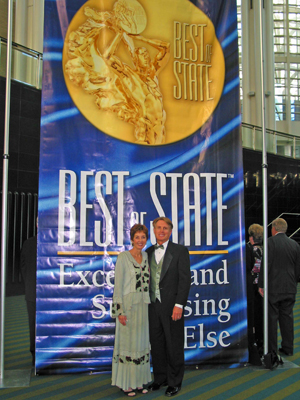 In May 2004 Newcastle School was named Best of State Utah in the category of “Utah Preschool.” 2004 was the first year the category had been reviewed as part of the Best of State program. Kathleen and Larry and their children attended the Gala awards ceremony at the Salt Palace Convention Center.